Construction of the electric bike 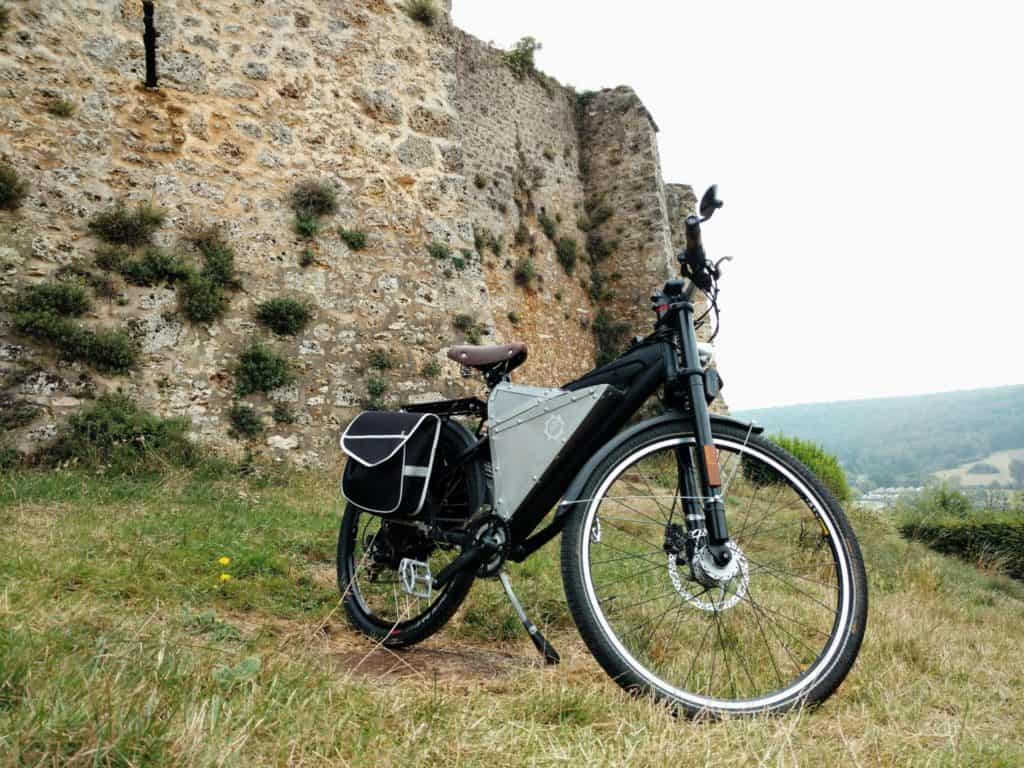 Bike or Car? The best solution to go forward! " Electric bike? It is for the lazy! "That's what I told myself every time I was getting doubled by an octogenarian equipped with this unbridled 2 wheels! I persisted to get around by the force of my legs and inconvenience wet shirt arriving at work.

Why ride an electric bike?

Solution to the drawbacks:

Solution to the drawbacks:

There are then two ways to obtain this mode of transport:

Construction of electric bike of his dreams

At first, I was party to convert my old racing bike in an electric bike. After reflection and some internet research, I found the old steel frame and roller brakes not robust enough to support the weight and power of the equipment. The retro look of the Triumph is tasteful, I launched the challenge to start from scratch and build a hybrid electric bike and a small motorcycle.

Construction of the mechanical part The selected frame is a Dirt Bike frame imported from Germany. It is composed of reinforced aluminum tubes with the robustness and lightness required for onboard power cycling. Aluminum also has the advantage of corrosion resistance, making it insensitive to rain.

Good quality suspended forks being expensive, heavy and subject to more rapid wear, a rigid fork has been selected. Steel is a good shock absorbing material and allowing a slight vibration attenuation due to unevenness of the road. Disc brakes are virtually indispensable for motorized bicycles. They allow a more efficient braking. De180mm of discs are installed in the front and back for optimum braking.

The braking system is for mechanical compatibility with the electrical switching system and electromagnetic brake which can recover the energy lost during braking to reinject it into the battery.

The reinforcement of the fork lugs conventional bicycle frames are not made to withstand large torques. It therefore is preferable to equip the reinforced steel rods called torque arms (fitted also some motorcycles)

Construction of the electrical part

There are several possible to mount configurations depending on user expectations and physical.

The expectations (choice of coil) There are many types of engines:

The type of motor winding will determine its characteristics. But that's not all: the battery (36V, 48V, 60V) will also play on the performance: the higher the voltage, the higher the speed will be too. (The speed is proportional to the voltage)

The weight of the user (selection of the controller) The weight of the user and his bike will be important: the more the user will be heavier, the current supplied to the motor must be large (the torque is proportional to current). Power-E-bike sells controllers 17A, 22A, 28A, 35A.

CAUTION: the purchase of the battery, check that it is capable of providing continuous current max corresponding to the controller!

The seller will be the best advice for the configuration best suited to your needs. The kits are compatible with most bikes. It may have to be slightly file the fork beaks in order to have optimal positioning of the axis of the wheel.

The controller is a system for centralizing command and control of the battery and the motor. It must be air cooled to prevent overheating. It is thus recommended to mount it in a sealed box.

The connections to be made are simplified thanks to the unique shape connectors. Also photos and mounting explanations are found on the manufacturer's website.

NB:In order to protect the circuit from an overcurrent, it was equipped with unfusible preventing exploitation of the battery. Moreover, the electric bike has been fitted with a switch locked to prevent its misuse by others.

With a battery 12 A.h the electric bike has a range of 50kmabout (assisting the engine with a steady pedaling). To get an idea of ​​the autonomy (in km) that can provide a battery, simply multiply the value of its capacity (A.H.) by 4. Using the bike "motorcycle" mode autonomy will be no more than 35km about. Moreover, the bicycle is equipped with an electromagnetic brake, which uses the motor in generator mode and thus has the effect of charging the battery when braking.

Recharging the battery 12A.h lasts about 6h. (It depends on the loading system available)

As has already been said, the speed depends on the battery voltage and torque Ducourant it can provide. (Andfinally your weight and wind direction)

With a battery 48V and a controller 17AThe electric bike can reach speeds of 45km/h Max and climb slopes15% at a rate of 22km/h.

Consumption and compared with a city car

Board 3: Consumption and compared with a city car (VW Polo 5)

What you must remember

The construction of its own electric bike finally gives it a much greater sentimental value than if it had been purchased. Another advantage is that it normally has almost no secrets for you and you are able to repair nearly all failures.

The price of parts to purchase may seem a bit pricey (although some dealers have a very good value). The price depends on a lot of the equipment you want to integrate with your bike: hydraulic disc brakes / mechanical, aluminum frame, suspension, etc.Il necessary to choose between owning the latest iPhone or ride an electric bike.

Warning ! The electric bicycle is however not 100% green. We must not forget that the production of the batteries has a significant impact on the environment. But this impact can be "offset" using the bike over the car. The influence of the move also depends on the power source you recharge the battery. In France it comes to about 76% of nuclear power in Germany and about 20% of coal.

That's why the next target would be the acquisition of solar panels for the construction of a loading terminal 100% clean!

Finally, the electric bike is not a lazy affair, but people wishing to find an alternative to the car using a means of transport cheaper, more fun and ecological!

Tags: Construction of the electric bike 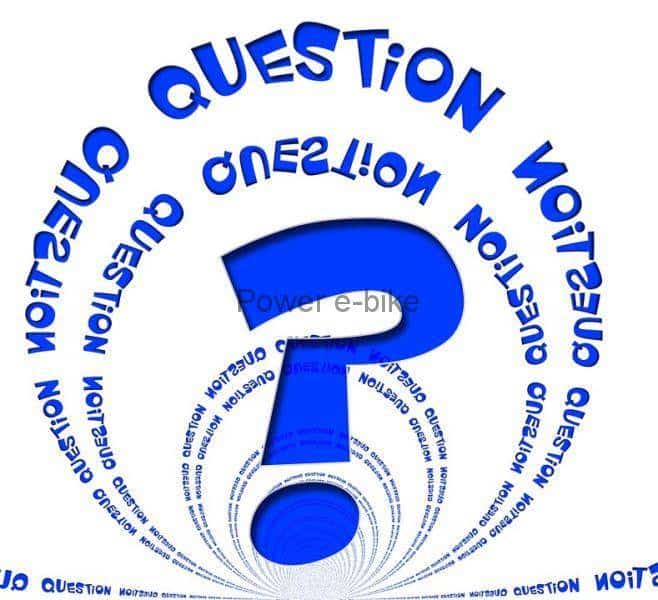 Mountain bikes, hybrid bikes, city bikes… There are many models of electrically assisted bikes (VAE). Whether purchased new or retrofitted using an electric motor kit, the pedelec to use must meet your traveling needs perfectly. The VAE 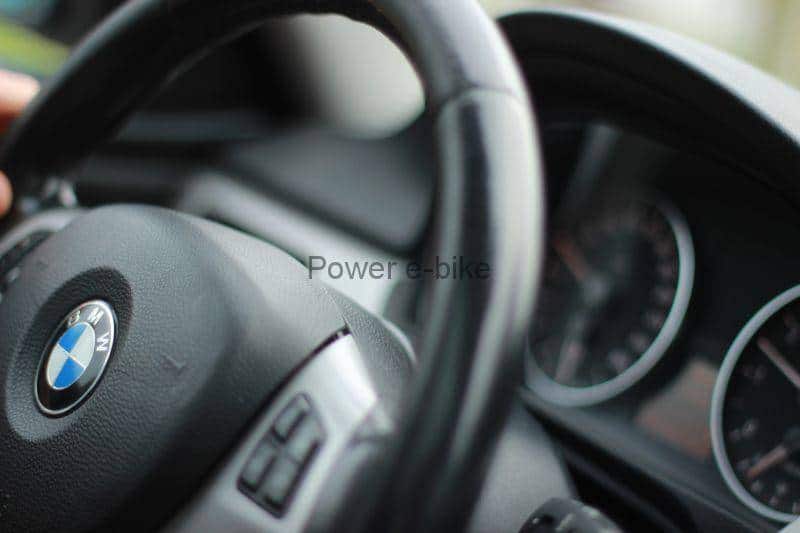